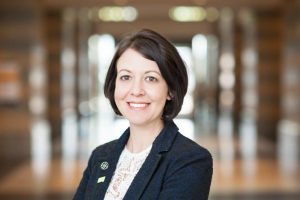 For this issue of Grow & Co. I had the pleasure of speaking with founder and Chair of Decoding Dyslexia Minnesota (DDMN) and Foundation Director at I Am Dyslexia, Rachel Berger. After realizing how little resources are available to dyslexic students and their parents as well as the overall lack in basic understanding of Dyslexia that is evident in our current legislation and educational system, Rachel saw a need for an organization to address these issues.

Rachel started in early 2012 by founding Decoding Dyslexia Minnesota, a grassroots movement to impact policy regarding dyslexia and empower dyslexic students and parents in Minnesota. About two years later, after speaking with dyslexia advocates across the nation she saw another need, for these grassroots state-wide organizations to have a legal and effective means of fundraising. Many of these advocates in other states didn’t have an established entity though which to raise funds, thus greatly limiting their ability to impact change. To address this Rachel started a SuperPAC called I Am Dyslexia as a means for grassroots Dyslexia groups across the nation to more effectively raise money.

She now runs both Decoding Dyslexia Minnesota at the state level and I Am Dyslexia on a national level. I was able to sit down with Rachel and ask her some questions about her journey with these organizations.

What inspired you to start these organizations?

Need was the driver. When I found out my son was Dyslexic I thought I had the key to ensuring he would get everything he needed to realize his full educational potential, and I felt a great sense of relief with that knowledge. What I actually discovered was that not only were there very limited resources for me as a parent but there was also a lack of specific interventions for remediation of dyslexia within the public school setting.  While I’m fortunate enough to be educated and have access to specific resources to privately assist my child, I was deeply saddened to realize that many others simply wouldn’t have access to what they need to help their child reach their full potential. DDMN was born out of a need to serve the public with EQUAL access to an EQUITABLE education.

Being that you are a grassroots group, how do you measure success?

First, in our world success isn’t measured by revenue or profit; it’s measured by impacting human lives. We measure that by the degree to which we can empower parents to advocate for their student’s rights, as well as our ability to effectively advocate on behalf of students educational rights in MN classrooms.

Second, we’ve taken great pride in the legislative success we’ve had. To date, we’ve had 3 legislative wins for the dyslexia community in Minnesota.

What has been the biggest challenge in organizing a grassroots movement?

We rely upon volunteer effort 100% of the time. Many of our volunteers are parents who also have children with dyslexia. That in itself is a tremendous job. While parents navigating through our current educational landscape are often the most passionate and care deeply about our cause, their extra time is limited. The biggest challenge has been turnover. When life gets difficult for individuals who serve, the first thing they remove from their plate is “volunteering”. While it’s difficult to lose good people, I believe change is something we can’t control and I’m reminded often that change has brought forth talented individuals that I’m proud to have as part of our organization.

What accomplishment are you the most proud of?

I’m proud of all the work we do in advocacy and legislatively, but there’s nothing that evokes more emotion than our annual “Dyslexia Day on the Hill”. Being part of a couple hundred parents and their children from across the state gathering at our capital is a moving experience. Seeing children of all ages owning their dyslexia and speaking out about how their education and lives are directly impacted fills me with more pride – in them and the community we have built – than anything else. It’s why I give.

What is the biggest thing that you think our culture needs to change regarding dyslexia?

We need to change our knowledge deficit on dyslexia and its implications both educationally and within the workplace. Too often individuals with dyslexia are labeled as “lazy, dumb, not working to potential” by teachers, employers or peers. When dyslexia goes unidentified in the educational setting (as it often does) beyond the appropriate window of remediation, the only option students have is to attend special education classes, which don’t offer specific interventions to help the student close the literacy gap between them and their peers, much less ever catch up.

Dyslexia is classified as a disability, but it has nothing to do with low IQ. In fact, one of its characteristics is actually average to above average intelligence. We need to be investing in tools for early identification and appropriate remediation. We can’t afford to sideline individuals with dyslexia, their potential is too great and the impacts to society are too significant to continue to bear.

What was one mistake you made early on?

We had an individual who wasn’t a fit for the role and lacked ability to integrate with the team. It caused discord among the other members and effected our momentum because many of us were carrying the additional workload. I ignored the issue for far too long. Because I was worried how letting a volunteer go might negatively impact us. Once I made the necessary changes there was a renewed synergy and spirit among our board. Learning to navigate difficult conversations was tough at first but it’s a skill that’s critical to leading an organization. I’m glad I had this experience to help me develop and grow.

Who do you admire most as a leader?

Richard Branson. He is a fellow Dyslexic and didn’t let his disability limit his entrepreneurial spirit or drive. Like many entrepreneurs and many dyslexics, he had a difficult educational experience; due to his unidentified dyslexia he struggled deeply in school. Tired of consistently feeling a failure he dropped out of traditional schooling in 8th grade. From there he started putting a plan in motion to realize his ideas. I admire his grit, drive and determination not to let a roadblock obstruct his path.

What’s was the best business decision you ever made?

Not waiting and hoping for someone else to change what I observed as unjust, but rather to navigating the ship and charting a path toward the change I was/am seeking.

What has been the number one challenge to achieving your goals?

Looking at our legislative goals, the number one challenge would have to be special interest groups within the education arena. When these groups feel threated by what we are trying to accomplish, they start putting up road blocks. But that doesn’t mean defeat in my book; it means we re-angle our approach.

For example: Knowing it would be difficult without the support of the union and other interest groups for our 2016 legislation we invited them to the planning table early, educated them on the issue, and shared statistics and stories showing how dyslexia impacts students daily lives as well as the teachers who serve them. We asked them be part of the solution and walked away with support and collaboration.

What’s one thing that you learned about yourself through growing these organizations?

I have learned how integral collaboration is to success. No matter how divisive an issue is between two parties, it is important to find common ground. Having such allow us a foundation in which to collaborate effectively and begin to row the boat in the same direction for a common goal.

In what ways would you like to see this grow over the next 5 years?

With DDMN, I’ve realized we can never go back to a time in MN when the voice of these children isn’t represented in committees, at the table, and within our educational system. Over the next 5 years I would love to see Decoding Dyslexia Minnesota become more sustainable and build a plan for succession.

With I Am Dyslexia, we would like to realize different ways for groups to utilize its services as well as to increase the capacity of those using it.